The packed conference session and events programme continued into the evening on day-one of MIPCOM.
By Julian Newby on October 12, 2021 0 Comments

The packed conference session and events programme continued into the evening on day-one of MIPCOM, and included the final of the MIPJunior Project Pitch, a Global Streamers keynote session, a presentation from the BBC on public service broadcasting for kids and a keynote from NENT’s Anders Jensen

Catch up by clicking on session links. If not registered yet at MIPCOM, click here to get your digital pass and discover the sessions.

PHANTA Animation’s animated show Princess Arabella emerged as the winner from a strong group of finalists in this year’s MIPJunior Project Pitch.

It is based on a series of children’s books by writer and illustrator Mylo Freeman, who was inspired to write them after seeing a girl step aside during a princess-themed game at a party, “because brown princesses do not exist”.

The show is in the early development stages, with plans for 26 seven-minute episodes aimed at four- to six-year-olds. Phanta Animation is hoping to raise the €4m budget to start production in 2023.

According to director Patrick Chin, the series reflects “that it’s not always easy for children to know how they fit in, or what’s expected of them”.

Princess Arabella prevailed in a contest that had attracted 115 pitches from 90 companies in 41 different countries.

It was one of five finalists chosen to pitch at MIPCOM. The others were Florida (created by Paper Owl Film); Forkfish (Anthem Studios); Loodleville (SMF Studio); and SSOPA (Northern Fable).

“It wasn’t easy, we all agreed that we liked every single pitch,” said jury member Stephen Hodge, CEO of OTTera. “We deliberated a bit, but it was a clear winner,” fellow juror Irene Potecary-Huse, acquisitions executive at NRK, added.”

“Thank you, I feel a bit like a princess now,” producer Jolande Junte said as she accepted the trophy. 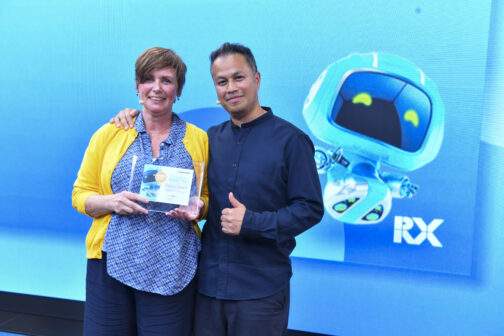 The growth of streaming has been a big industry topic over the last year. At MIPCOM, delegates got to hear directly from Pluto TV and Discovery+, two leading platforms that are transforming the content market – during the Global Streamers Keynote on day one of MIPCOM.

Olivier Jollet, senior vice-president and general manager of ViacomCBS-owned Pluto TV, described how the AVOD platform has defied expectations to build a business that currently draws 52 million unique users per month in 25 countries. “We launched in 2014 when the industry was only interested in SVOD and didn’t believe users would tolerate ads,” he said. 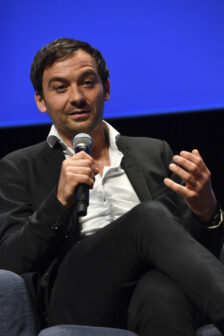 The big surprise to observers has been the quality of content that Pluto TV has managed to sign up. “People thought we would just have old shows from the 1970s. But now we have 400 great content partners creating niche linear channels across scripted and non-scripted. As traditional TV has gone more and more mainstream, we’ve been able to get access to content that really resonates. For example, we’re launching some channels with BBC Studios, including a Doctor Who channel. We also have big franchises like Baywatch on the platform.”

Discovery+ group vice-president, content and acquisitions, EMEA and APAC, Myriam Lopez-Otazu, described the platform as “the ultimate destination for real-life entertainment and sport, including esports. Non-scripted superfans can find everything in one place.”

But “we are not competing with other streamers, we are completing the overall offering,” she said. “We have around 50,000 hours of great content. The combination of a global proposition, complemented by local characters and stories, makes us very distinctive.”

DESPITE growing competition from platforms including YouTube, Netflix and TikTok and games like Roblox and Fortnite, British broadcaster the BBC believes there is still a space for public service broadcasters to serve children.

“Like everyone else we are facing greater and greater competition. Yes that is tough but it’s also healthy,” said Patricia Hidalgo, director of BBC Children’s & Education, in the corporation’s More Broccoli Please: How Do You Balance Public Service With Great Kids Entertainment MIPCOM session.

“We believe that there is space for everyone,” added Hidalgo. “I strongly believe we can all help children make sense of the world around them, and at the same time entertain them.”

She took the audience through the BBC’s recent slate of children’s shows, including several with a focus on current events, from global warming and COVID-19 to racism and the situation in Afghanistan.

“Children in the UK are no different from children anywhere else in the world. They are interested in the world around them, and they are affected by current events,” said Hidalgo.

She highlighted a special episode of the BBC’s Newsround show called Young, Black and British – Hear Us as an example of the broadcaster’s response to the views of its young audience.

“The death of George Floyd and the start of the Black Lives Matter movement have raised awareness of racism among children in the UK, who declared this year that it was one of their biggest worries along with global warming,” Hidalgo said. 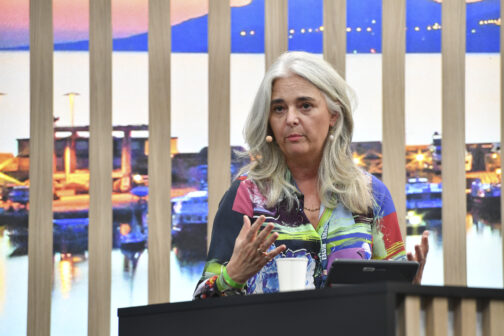 THE RECIPIENT of the 2021 Variety Vanguard Award, presented in association with MIPCOM, is Anders Jensen, CEO of Nordic Entertainment Group (NENT). Jensen accepted his award in the Palais des Festivals’ Grand Auditorium, before delivering a keynote — during which he outlined plans to roll out NENT’s streaming platform Viaplay into 16 markets by 2023.

Jensen entered the TV industry in 2014, having previously worked across a number of other sectors. He believes this background helped him approach his current role with fresh eyes: “It also meant I approached the content business in a humble way, making sure I had the right people around me. As a result, we have been able to focus on the opportunities not the obstacles from the past.” 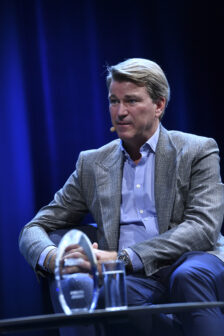 A key pillar of Jensen’s strategy has been investment in original scripted content, often in partnership with international companies — examples including the Norwegian-originated series Furia. This tranche of content powers NENT’s channel and platform activity — alongside its heavy investment in sports rights. Looking at the planned international rollout of the Viaplay platform, the plan is for this mix of drama and sport to drive subscriber growth. “The service will vary by territory,” he said. “In some markets, such as the US and UK, the emphasis will be more on scripted content. But in territories like the Netherlands and Baltics, there will be more emphasis on sports rights. So it’s really a country by country approach.”