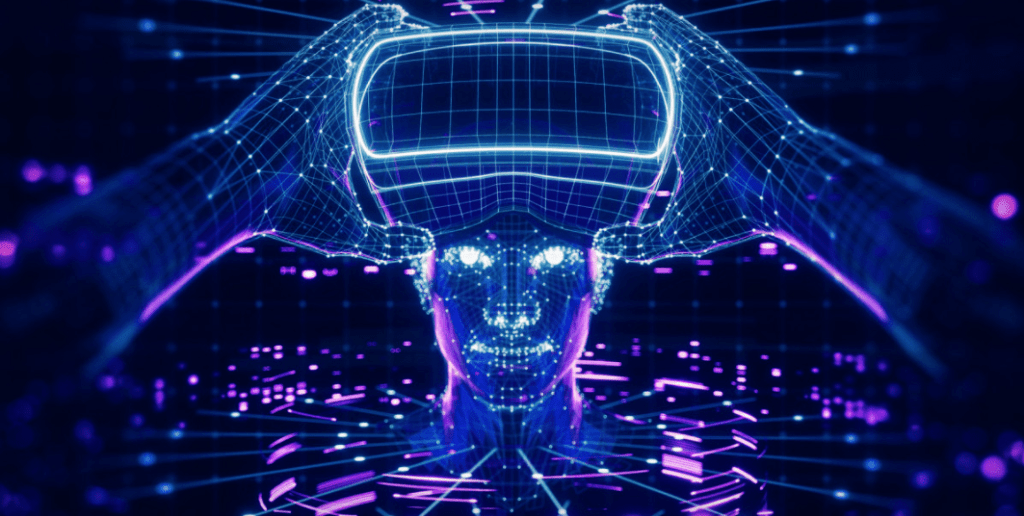 The metaverse is being billed as a parallel digital life that sits alongside our existing ‘real life’. So which entertainment and tech companies are engaging with this concept and what likely outcomes might come from that engagement?
By Andy Fry on February 7, 2022 0 Comments

The metaverse is being billed as a parallel digital life that sits alongside our existing ‘real life’. So which entertainment and tech companies are engaging with this concept and what likely outcomes might come from that engagement?

At the end of last year, Sandra Lehner provided a neat summary of the metaverse for MIP Trends. You can also go here if you want to learn more about this rapidly emerging marketplace.

Although a decade or more from being a meaningful construct, metaverse evangelists see it as a place where people – via avatars – can work, play, learn, interact, consume entertainment and more. In its ultimate iteration, it’s like the VR-powered world envisaged in Ernest Cline’s novel Ready Player One.

Leaving aside the technical challenges involved in building the  metaverse, the idea of a parallel digital existence raises obvious questions for content/IP owners. Just how, exactly, will their stories, characters and worlds fit into the metaverse? What is the role for Squid Game, The Voice or Masterchef in this ecosystem?

The truth is that it’s all pure speculation at the moment. But at the simple end of the spectrum, it’s possible to imagine someone creating an avatar in the metaverse and attending a virtual gig with their friends, also in the form of avatars. Or watching the finale of Dexter in virtual surroundings, with a bunch of friends all reimagined as avatars of the central character’s victims. Or simulating the experience of attending a live football match from the sofa at home.

But more complex versions of the metaverse might involve the meticulous recreation of Game of Thrones’ Westeros – with some kind of role play game attached. Or a virtual dating show, where people can chat and flirt through their avatars. Or an Agatha Christie themed murder mystery set against the backdrop of a virtual stately home.

All these examples, of course, raise a difficult set of questions about content rights and revenues. In the same way that content creators negotiate to put their IP on streaming platforms, some kind of deal structure will need to be devised that satisfies the party providing the content and the party providing the metaverse platform. In a similar vein, thought will need to be given to the role of brands in the metaverse – either as hosts, participants or advertisers.

There are also questions about what the metaverse will actually look like. Will it be a borderless virtual cosmos where people’s avatars can move freely from a Marvel-themed zone to an Olympic Games zone to a Call Of Duty Zone, all while dressed in a Batman outfit? Or will it be a series of walled gardens, where industry heavyweights like Disney and Netflix offer access to an array of wholly-owned or licensed IP? In the latter, people would probably pay an entry fee for each metaverse zone they enter – with incremental costs once inside – like a virtual theme park.

At this stage, it’s all anybody’s guess how the metaverse will pan out. But perhaps the best way to try and put some meat on the bones is to look at what is happening today. Which companies are actively investing in the metaverse today and how are they approaching it? Below are a few examples of the key players and their activities.

1. Epic Games: Right now, the metaverse is being driven along by companies with strong gaming credentials. This is no surprise given that the gaming community have been the early adopters and pioneers of immersive VR-based experiences. Epic, for example, has hosted virtual gigs within the borders of its blockbuster Fortnite franchise. Travis Scott and Ariana Grande both performed inside Fortnite and Epic recently announced a concert programme called The Soundwave Series. Looking more broadly, Epic recently completed a $1bn round of funding, with the goal of building out its metaverse credentials. Among its backers is Sony, which provided $200m of that total.Tim Sweeney, CEO and Founder, says the investment “will help accelerate our work around building connected social experiences in Fortnite, Rocket League and Fall Guys.” 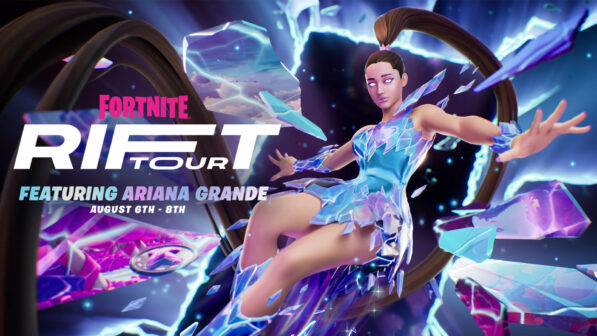 2. Microsoft: The recent acquisition of Activision Blizzard was heralded by many as a breakthrough for the metaverse. Right now, it’s just a clever deal involving two major gaming companies – and this article provides a balanced perspective. But down the line, it will boost Microsoft’s metaverse ambitions. The company already has hugely impressive credentials in software, cloud, AI, consoles etc – and now it has some of the world’s major gaming brands, including Overwatch, Call Of Duty and World Of Warcraft. If any company is going to make the metaverse a real thing then it could be this combination. Microsoft is already making some interesting metaverse-style moves around its video-conferencing Teams platform – which are covered here. It’s well worth exploring, because habituating people to a virtual worklife will make the move towards factual or reality based content seem that much easier. Imagine, instead of a work meeting, a group of people gather to share and discuss recipes. Or dog grooming tips. Or weight loss. From there, it’s not a crazy stretch to think of format ideas.

3. Roblox: This free-to-enter gaming platform has emerged as a key player in metaverse discourse. While it is fundamentally a place for users to come and play games, its evolution into a metaverse-style proposition already seems well underway. Like Fortnite, for example, it has hosted live events. It has also been involved in promotional events around the launch of movies like Wonder Woman 1984and Aquaman – which shows there is scope for collaboration between game-based platforms and TV/film IP owners. In a similar vein, Roblox recently announced a partnership with Rovio, which will see the creation of an Angry Birds themed game for its platform. Roblox is also interesting because it has had made progress in the field of microtransactions – allowing visitors to buy, sell and create virtual items. Ultimately, this form of commerce will play a key role in the way IP owners monetise their rights through the metaverse. 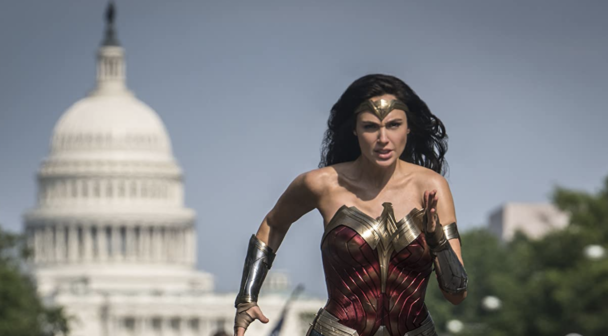 4. Netflix: This global streaming platform has always understood the importance of driving its business forward into new areas, rather than waiting around for its existing model to be eroded by rivals. So it’s no surprise that the company has been investing in gaming and interactivity. In June 2021, it hired former Oculus exec Mike Verdu as vice-president of game development, which was widely interpreted as a metaverse-facing appointment. It has also been buying up game developers. Based on its actions, Netflix clearly sees gaming as pivotal to its metaverse ambitions – but this doesn’t appear to exclude TV content creators. Intriguingly, Netflix has talked about working with Shonda Rhimes on “potential gaming and VR content”.

5. Facebook: Google and Amazon have so far been relatively quiet on the subject of the metaverse. But Facebook founder Mark Zuckerberg is so convinced of its potential that he recently renamed his company Meta. The company’s domination of the social media sector clearly makes it a key player in this arena – but just as important is its control of VR headset division Oculus. Oculus is a clear market leader in VR and will provide a bridge into the evolving metaverse. Business Insider recently attempted to quantify Facebook’s metaverse business, and reckoned that it is already generating $3bn in revenues. Zuckerberg seems to favour a Ready Player One-style vision of the metaverse, namely a world in which there are separate but interconnected zones that avatars can move through seamlessly. Ie, a user could flip from Gotham City to Westeros to a huge virtual shopping mall. As explained at the outset, this raises questions about how people are charged as they cross boundaries between thematic worlds and whether they can carry IP from one world over into another on their travels. A big fear is that companies like Facebook will exert too much control over our virtual lives (think of all the controversy around data), but Facebook insists one company can’t build the metaverse by itself. Maybe Apple will help? In January 2022, the $3tr company gave notice that is also planning to play in this space. If it does, however, it will probably have to be more aggressive than it has been to date in streaming.

6. Disney: Of all the Hollywood majors, Disney is probably best placed to compete in the metaverse. It has spectacular IP, theme parks and a streaming platform – all of which can play into its virtual ambitions. Remember also it has already dabbled in virtual worlds, notably with Club Penguin. CEO Bob Chapek is keen for Disney to be seen as a key mover in this arena. Speaking during a recent corporate results conference call, he said: “Our efforts to date are merely a prologue to a time when we’ll be able to connect the physical and digital worlds even more closely, allowing for storytelling without boundaries in our own Disney metaverse.”
The use of ‘our own’ suggests that Chapek envisages the company’s metaverse strategy as akin to its theme parks and streaming platform – ie a place that consumers go to interact exclusively with Disney owned or licensed content. In terms of specific moves, Disney Enterprises was recently approved for a virtual-world simulator patent that would enable it to project 3D images and virtual effects onto physical spaces. In the short term, this would be an adjunct to the theme park experience, but down the line it lends itself to a metaverse-style fusion of real and digital life.

7. Nvidia: This tech giant isn’t a consumer-facing brand like Disney, but it is positioning itself as one of the key architects of the metaverse – or ‘plumbers’ as it says in one of its recent blogs. This article gives a vision of where CEO Jensen Huang believes the metaverse going – but if you want an expanded version it’s well worth looking at Nvidia’s What Is The Metaverse? Blog. Nvidia has created a real-time 3D design collaboration and virtual world simulation platform called Omniverse which it recently made free to individual creators and artists. Described as a “metaverse for engineers”, Nvidia’s role seems to be about democratising access. So instead of the metaverse all being in the hands of big tech and major media corporations, entrepreneurs and visionaries will have the tools required to participate. This is an important point for media companies that want to explore the potential of the metaverse. Richard Kerris, vice-president of the Omniverse developer platform at Nvidia, says: “We’re going to see a lot more content created for and consumed in virtual worlds.” The big question is whether TV firms will get there before bloggers and influencers.

8. Tencent: The Chinese government’s crackdown on the growing might of its homegrown tech firms has taken some forward momentum away from the likes of Alibaba and Tencent. But there’s no question that the latter is perfectly positioned to be a major metaverse player, sitting at the nexus of mobile, gaming and content. Tencent has been relatively quiet about the metaverse, but in November 2021 it finally gave some insights into its thinking. As reported by TechCrunch, however, Tencent President Martin Lau isn’t expecting the metaverse to arrive imminently. He said it will “probably take longer than people expected and would probably need a number of iterations.”