FINALLY, after over 18 months of lockdowns and travel restrictions, the global TV industry seized its chance to meet up face-to-face at MIPCOM 2021.
By Andy Fry on November 8, 2021 0 Comments

While Covid-19 meant that international travel was still logistically impossible for many, an impressive 4500 delegates made it to Cannes. With 1200 buyers and 145 exhibitors from 35 countries on site, it genuinely felt like physical markets are on their way back.

So what did we learn from MIPCOM 2021? Looking back over the deals, conference sessions and networking events that took place, here is a snapshot of just a few key themes and trends.

1- Demand for diversity in TV accelerates

THE TV industry paid lip service to the issue of diversity for many years, but the issue has now started to gain real momentum.

Channel 4 CEO Alex Mahon, for example, used MIPCOM’s Women in Leadership Keynote Super Session to state that she has set a target for 50% of Channel 4’s 100 highest paid staff to be women, and for 20% to be black, Asian or minority ethic. “Ultimately, if we fail to change, we will not be appealing to the audience,” she said. 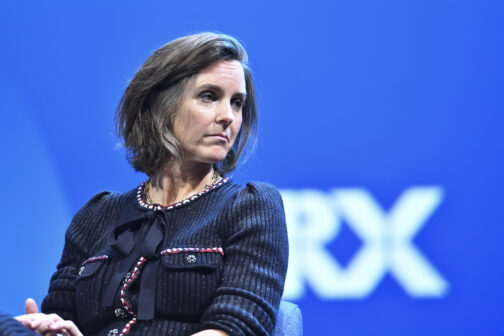 MIPCOM’s commitment to the cause included the fifth MIPCOM Diversify TV Excellence Awards. Supported by A+E Networks, DiversifyTV, Telefilm Canada, Canada Media Fund, Black Screen Office, All3Media International, Variety, Trace Studios and the UN’s SDG Media Compact, the event is dedicated to championing and promoting diversity and inclusion in all its forms across the industry.

In a conference session on factual trends, K7 Media communications manager David Ciaramella picked up on this theme, saying creatives and industry leaders “are insisting on new remits to do with effecting social change and representing society more fairly”. Examples he picked out included Unheard, a LADbible series exploring racial injustice in Australia. Also being promoted at MIPCOM by TVF International was Down For Love, a documentary series/format produced by Attitude Pictures for New Zealand public broadcaster TVNZ. This show focuses on six young people with Down Syndrome who are looking for love. 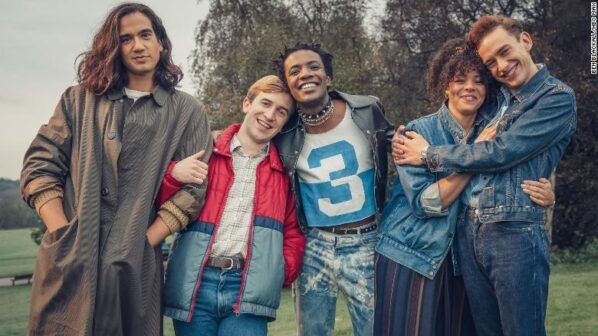 2- Global drama appetite stronger than ever

AS DELEGATES gathered in Cannes, dystopian Korean drama Squid Game continued to smash ratings records for Netflix. Mid-market, the SVOD platform tweeted that the nine-part show had reached 111 million viewers in 80 markets – its best-ever debut. Following on from the success of Spanish drama Money Heist, the show is further proof, if needed, that audiences around the world are more enthusiastic than ever about non-English-language scripted content.

This trend was underlined by several deals at MIPCOM. Beta Film, for example, closed a raft of global deals for its glamorous six-hour period drama, Sisi, which held its world premiere at the market. Buyers included Mediaset in Italy, Globoplay in Brazil, NPO in the Netherlands, RTL in Hungary, RTVS in Slovak Republic and Viasat World’s Epic Drama channel for use in Eastern Europe, Greece, Cyprus and Turkey. FRANCE TV Distribution, meanwhile, sold a raft of drama series to broadcasters in Europe, Latin America and Asia. Sales to Portugal included Alex Hugo, Bright Minds, Perfect Crimes, Mystery in Paris and the Murder In… collections, destined for Fox Crime. Russian drama also continued to be popular – with period crime thriller Noble Detective, produced by Moscow’s NTV, acquired by Japan’s NHK Enterprises.

The appeal of non-English language drama came up during a MIPCOM keynote by European film and TV studio StudioCanal. A key part of the session focused on French-language drama All Those Things We Never Said (10 x 30 mins), which is based on a best-selling novel by Marc Levy. Played out across two timelines and set in Paris, Bruges, Berlin and Madrid, it is a comedy drama that combines moving family dynamics with an unusual fantasy twist. The show is out for distribution but has already been picked up by global SVOD platform Starzplay (its first French-language co-production). StudioCanal executive managing director TV Francoise Guyonnet said the group’s strategy is “to find the best producers to make the best series”. As part of its expansion, it recently acquired a majority stake in Munich-based company Lailaps Films, in order to ramp up production in Germany.  “We don’t like to define what we are looking for. But essentially, we want to be surprised by untold stories that we have never seen before. 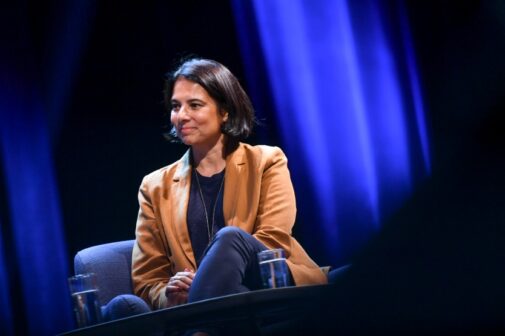 Also at MIPCOM, Japanese broadcaster WOWOW’s The Grand Family won the Grand Prix in the 2021 MIPCOM Buyers’ Award for Japanese Drama. It was part of a slate of 10 shows assessed by a panel of 12 judges on their potential to connect with audiences outside Japan. Nine Network’s Geraldine Easter, one of the judges, said she had been “absolutely blown away by the standard” of this year’s line-up.

EVERY industry is facing digital disruption – so it’s no real surprise that the traditional TV distribution model is changing. Two key trends are particularly significant.

Firstly, the industry has learned during Covid-19 that it can trade content over digital platforms. It may not always be their preferred way of doing business, but buyers and sellers have risen to the challenge and continued to export content globally.

Secondly, the global streamers are demanding all-encompassing rights to content – so that they can use it freely on their platforms. For content creators, this presents a choice: do they hand over content rights to streamers for a large production fee? Or do they build their budget using co-production, presales and tape distribution – so that they retain the underlying IP?

Both trends have implications for MIPTV and MIPCOM, which are responding accordingly. In Cannes, Lucy Smith, director of MIPTV and MIPCOM, said that her team is currently rolling out OneMIP. Building on the momentum generated during Covid-19, she said, the new digital destination will provide a year-round home for the global TV community. There will be a global directory, business networking opportunities and a content showcase, as well as a range of other services.

At the same time, Smith said that, going forward, there will be even greater emphasis on IP development and production at MIPTV and MIPCOM.

“In 2022 and beyond you will see our markets and conferences pivoting towards a focus on content development – providing more context, relevance and opportunities for content creators alongside the core distribution market – reflecting the huge changes that have taken place in the last two years with explosion of streaming platforms and on demand viewing.”

4- There’s more to streaming than Netflix and Disney+

It’s easy to focus on the global SVOD arms race between Netflix, the Hollywood majors and big tech – Amazon, Apple etc. But it was very clear at MIPCOM that this segment, while formidable, is only one part of a much broader streaming story.

AVOD, for example, is growing fast. At MIPCOM, delegates heard directly from Olivier Jollet, senior vice-president and general manager of Viacom CBS-owned Pluto TV, who described how the AVOD platform has defied expectations to build a business that currently draws 52 million unique users per month.

“We launched in 2014 when the industry was only interested in SVOD and didn’t believe users would tolerate ads,” he said. AVOD is a potentially lucrative marketplace for distributors – since it offers a new outlet for high-quality catalogue content.

“People thought we would just have old shows from the 1970s,” Jollet said. “But now we have 400 great content partners creating niche linear channels across scripted and non-scripted. As traditional TV has gone more and more mainstream, we’ve been able to get access to content that really resonates. For example, we’re launching some channels with BBC Studios, including a Doctor Who channel. We also have big franchises like Baywatch on the platform.” In a similar vein, on the eve of MIPCOM, All3Media International licensed factual entertainment series Escape To The Chateau, to NBCU’s hybrid streaming service Peacock – which offers a combination of SVOD and AVOD tiers.

Another significant area of streaming activity is regional SVOD services, for example BritBox, Salto, Joyn, Stan and Viaplay. Not only are they potential co-production partners, some are flexing their muscles outside their home territories. During his MIPCOM keynote, Anders Jensen, CEO of Nordic Entertainment Group (NENT), discussed plans to roll out NENT’s streaming platform Viaplay into 16 markets by 2023. He outlined a twin-track model with scripted content and sport driving subscriber growth. “The service will vary by territory,” he said. “In some markets, such as the US and UK, the emphasis will be more on scripted content. But in territories like the Netherlands and Baltics, there will be more emphasis on sports rights.” 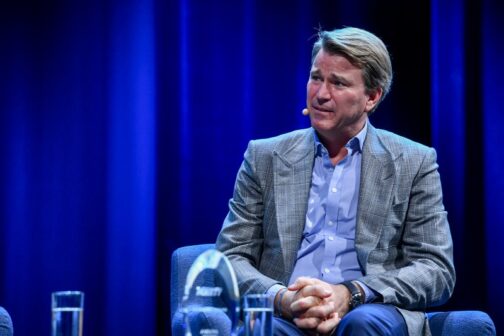 5- The hunt for great formats continues

There were several events at MIPCOM for companies in search of great formats. Among the most popular was Fresh TV: Formats, during which Virginia Mouseler, CEO of The Wit, showcased 25 formats being sold at this year’s market. Three key trends identified were: dating shows with a twist; tech-driven singing contests; and shows with miniaturisation baked into them.

Dating shows in the spotlight included The Love Trap and Date Or Drop, both distributed by All3Media International. Mouseler also highlighted shows exploring the diversity of today’s dating environment. Kinky Daters, from Fremantle, sends open-minded singletons on dates with people who enjoy unusual kinks or fetishes, while The Love Triangle matches singles and couples looking for the perfect ‘throuple’.

Format hunters were also to be found at the FRAPA Format Summit and the Korean Showcase, presented by KOCCA. In the latter, MBC, the company behind The Masked Singer, pitched a range of new shows including The Masked Talent – an extension of the franchise that will focus on non-celebrity singers. CJENM, meanwhile, presented Exchange, a dating reality format in which four pairs of exes share a house – and have to decide whether to get back with their former partners or find a new love interest.

A number of deals were announced during MIPCOM: All3Media International licensed Netherlands entertainment format Traitors to NBC Universal US and the BBC UK; and Love Trap to TF1 in France. Talpa, meanwhile, secured renewals from Dutch network SBS6 for Hunting Season and Dream Duets. Its new format, Avastars, was commissioned by the Middle East’s MBC Group. Continued demand for completed episodes of hit shows was illustrated when Fuji TV Japan format Iron Chef was licensed to FilmRise (SVOD and AVOD rights). 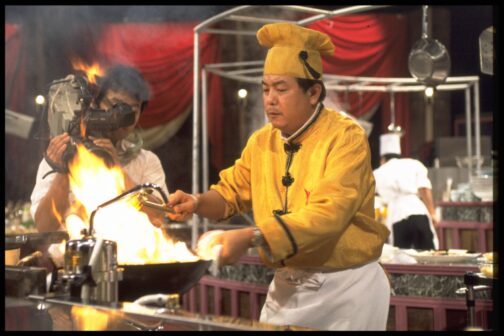 SO WHY did 4500 execs attend MIPCOM? Well, there seem to be two key drivers.

The first was summed up succinctly by FRAPA co-chair Jan Salling at the start of the FRAPA Format Summit. In the presence of executives from companies including TF1, Banijay, BBC Studios and ITV Studios, he said: “We can sell by Zoom but we need markets for everything else. They are the social glue where we build new networks, relationships and co-productions.” At a time when the industry is geared towards early development conversations, physical markets are platforms to assess cultural and emotional compatibility. They are also one of the few ways executives can meet new people or spark unexpected creative alliances. 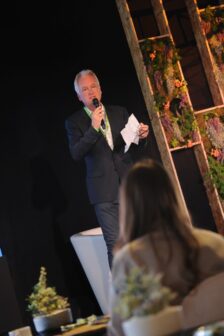 The second driver is that the content-creation sector has coming roaring back – fuelled by rebounding ad revenues, vast streamer budgets and new tranches of funding from non-traditional investors. In Global TV Trends: Who Is Watching What, How And Why?, Glance vice-president Frédéric Vaulpré said 6,650 new series came to market in 2020/21 – with the prospects for 2021/2022 equally strong. With that volume of content in play, markets remain important watering holes for potential partners.

MIPCOM 2021: Industry gets back to business in Cannes